Engineering the Guitar: Theory and Practice

It only takes a minute to sign up. I'm failing to understand why I'm not being able to play actual music, thus I thought it'll be interesting to hear opinions of other people:. I have a strong spatial intelligence - I think in pictures and have a relatively good memory for I can recall memories by "looking at them". Ten years ago, inspired my Mark Knopfler, I picked the guitar.

Had no plans becoming a professional musician, just in order to create music for myself. I started learning Flamenco, by myself, with YouTube videos and some books I downloaded. During the first six months I was learned for about 5 hours every day and make a great progress. The problem: I figured quite easily the complicated finger techniques but none of the musical concepts - chords, scales, roots and modes - all were covered in mist for me. A couple of years later I moved to blues-rock music, put more emphasis on theory and licks, but I still feel my progress in not proportional to my efforts.

Eventually I thought that the guitar itself was too abstract and complicated for me, thus I tried the harmonica which has one scale only. However, while being able to play with tabs very quickly, I again failed to figure out my own melodies. The best progress I felt was when I tried playing an online digital piano. I still barely know scales or where they sit, but the linearity of the piano scales somehow made more sense to me although guitar should not be far from it.

Anyway, I'm back to playing rock guitar for now, I know some basic power chords but can't play any backing sequence.

Major and Pentatonic scales are the only once I managed to memorize and only two boxes out of them. I do put more focus on quality over quantity, but even with those two boxes I hardly manage to do some music by myself with some backing track. Now, i don't believe in the music talent myth, but I do feel that music is too abstract to me. I find it strange that I manage to grasp the technical parts way easier than the musical ones. I'm going against the flow here, but that's no so unusual, and some of the comments have already alluded to this.

I hope what I'm going to say does not sound harsh or unsympathetic - I'm just trying to answer this question as it is posed. It also possible that I've missed the mark entirely. Questions like these are often difficult to grasp and answer correctly. This whole question revolves around "I tried to learn this I tried that Have trouble with the scales, with the theory I think the problem is that you might be putting "the cart before the horse".

Something inside you is inspiring you and producing that urge. So before you do anything - decide on any style or genre or method - you need to discover the music that is inside of you. This might sound very philosophical or abstract, but it really isn't. Listen to music that moves you and inspires you.

Then you must go back and discover which genres and methods will help you to achieve the ultimate goal of every musician: To play and write your own music. Maybe you need to know lots of scales and theory for your music, maybe you don't. Maybe Flamenco is your thing, maybe it's not - that's all up to you and your music. The problem is not that you're not grasping scales or chords because you don't have a teacher.

The problem is that you haven't yet grasped your own music, and what you need to do to make it a reality.


Certainly you need a teacher, but before that you need to identify your inner musical urge. I grew up surrounded by music - jazz, classical, early rock n' roll, show tunes.

Engineering the Guitar Theory and Practice

I began hearing my own music at a young age. I think many of us who are serious musicians share such experiences. That doesn't mean that you can't start later - but you do have to start at some point if you want to make music and not just "operate the guitar". I started learning Flamenco Question: If you were inspired my Mark Knopfler, why did you start learning Flamenco? Why not start with the music that inspired you? Mark Knopfler's music is also a lot easier than Flamenco. Along those same lines, this question continues.

Location & Availability for: Engineering the guitar : theory and prac

As I read the question further, I became more and more convinced that was the problem: Mark2Bra doesn't really know the music he wants to make, so it's possible he'll spend his whole life trying and failing. He's attacking it from "the outside in" - trying to learn flamenco and scales and theory and digital piano - but what good will that do when he hasn't yet listened to himself?

That being so, I can't agree with answers that are trying to fix certain manifestations of a more fundamental problem, although all the answers contain good advice. Please explain what "music talent myth" you are referring to. I know of no such myth. I do know that some people have more musical talent than others, just as some people are better athletes than others, or better writers or better painters.

Perhaps your insistence that "you don't believe in the music talent myth" is part of your problem: If you don't believe in your our talent, you will never try to discover it. That's why you are taking what appears to be a mechanical approach to music: You don't know or understand your own talent and you don't believe in "musical talent": Therefore you think that if you go through the motions as prescribed. But making music is not like solving an equation: It's an expressive art form, not a mechanical or mathematical process. 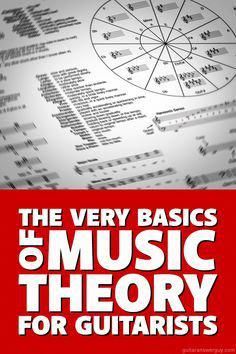 Further - Quoting your question: Operating guitar for 10 years but can't make music. Nobody operates a guitar. We play the guitar, we don't operate it. For a musician, a musical instrument is not a machine or some cold distant object that needs to be operated by following a set of instructions. It's their voice , and true vocalists are also musicians.

One listen to Ella Fitzgerald proves that. Musicians don't operate their instruments - they play - any more than vocalists operate their voices - they sing. If you watch the great players, their instruments are extensions of their bodies, used for expressing their music. They are not devices to be operated. What does any of that have to do with making music? I don't recall ever hearing or reading that a great musician or composer was blessed with "strong spatial intelligence".

As for "thinking in pictures", perhaps that's not the best way for a musician to think - many of our great musicians were blind, and music is about sound and feelings, not pictures. Strong spatial intelligence and thinking in pictures would appear to be great strengths for an artist or sculptor, not a musician.

I'm just not sure what those abilities have to do with making music. This leads me back to the impression I'm getting that you have not yet heard your own music, and so you're not taking a musical approach to your musical endeavors. When you discover your music - tap into your own musical talent - your own inner musical ear - you will not be talking about "spatial intelligence and thinking in pictures".

You will be talking about sounds and feelings and how to create them and capture them. First find a teacher. Often said, but so important. A good teacher will analyse what you already know, and will point you in the right direction for what you want to do , and provide guidance and challenges, as well as explain what's happening.

I don't necessarily believe that everyone needs to know theory to be able to play well, or produce good solos. I've played with plenty of great players who haven't a clue what theory is behind what they play, and I honestly believe in some of those cases, getting them bogged down in the theory would be counter-productive. That said, some people appear to need to know everything about that theory, in the belief that they will be better players.

That's open to debate not here though! If you're the sort who needs the theory, and it sounds like you already have some understanding, then let it work for you.

Use those notes from a pentatonic, mix them up, just play! But - having that guiding teacher will shave ages off the process, and give you far better understanding than you have gleaned from on line videos, great as some are, you can never get a direct answer for your burning question, but, with someone else sitting opposite with another instrument - be it guitar, piano, whatever - that teacher will sort it all out for you.

I was in exactly the same position as you - I played guitar on and off for a number of years, playing from Tab reasonably successfully, but never being able to make anything up. I learned scales pentatonic, major, minor all over the neck which I could play over a chord, but it never sounded musical when I played "random" notes from the scale.

The break though came on a youtube video by Justin Guitar. He said that Putting a lead line together is like speaking - you don't speak in sentences using random letters, instead you speak using words, which are patterns of letters that can be put together. So starting in the key of A I put down a 12 bar blues. Then learned copied a few blues licks in the same key - thats about as much music theory I know. Then basically tried to fit the licks into the 12 bar blues. At first this seemed very repetitive, but I was making sentences!

However the more I played, the more I added my own little phrases between licks, and the more it felt natural. Also learning a new lick from a magazine old school or from the web allows me to add to my "toolbox" of licks. I still practice this way - and to be honest I still only play in a small number of keys, but I am creating something musical. When I think I am cheating by playing phrases - I play a song from tab and I can see the same phrases and licks played in their songs.

Very little in this world is truly original! I have bought a load of books in the past and I never really "got it". But here are a few online resources that helped me.


These may not relate to the type of music you want to play, but they are a great foundation. Now I am going back to my books and this time I have enough context to understand what to do with the information they are giving me.

I'm guessing that you're talking about playing riffs from "finger memory" instead of slowing down and really hearing the music you are playing. They were really interesting because at the time shred guitar was the rage Yngwie Malmsteen, Tony McAlpine, etc. It was the gymnastics on the fretboard type of stuff and those guys were amazing.